Suarez Barcelona Shirt Goes Viral In Spain Ahead Of His Move

With the Rumor of Luiz Suarez heading to the Catalan giants this summer, a picture of his shirt, and possibly his squad number next season at Barcelona went viral in Spain on Monday.

It looks like Barcelona fans are already showing the vibrant and lively Alexis Sanchez the exit door, and ushering in the Uruguayan and perhaps, the most controversial player of our time, into the club.

Alexis Sanchez is believed to have picked Arsenal ahead of Liverpool.

It just a matter of time before Olamide's Gunman Post takes over the world,as celebrity and fans takes special interest in the post which was the album cover of the self made Nigerian Artist.
Nigerian Football Star John Ogu who is hoping to book a World Cup ticket with the National team tomorrow, shares his own gunman post on his instagram page. 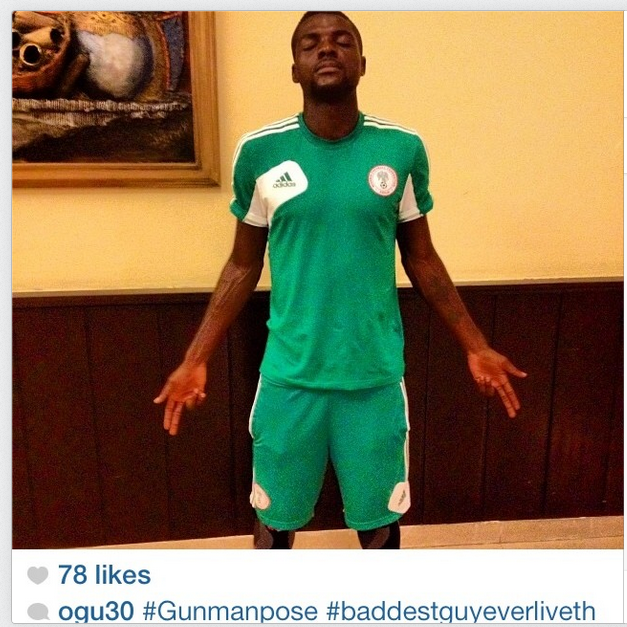 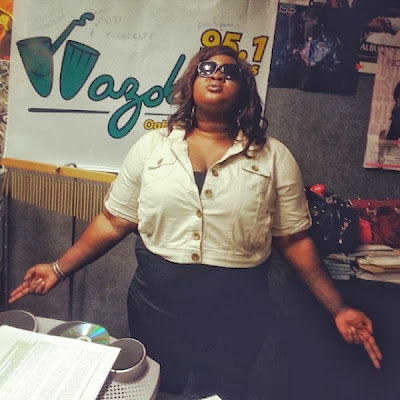 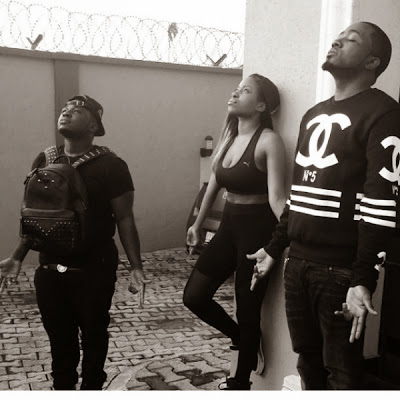 Join the trend
Posted by Football Lovers at Friday, November 15, 2013 No comments: Links to this post 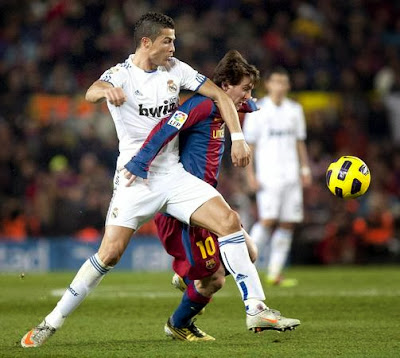 On Thursday Franck Ribery let it be known to the media that his wife has already prepared space on the mantelpiece for the Ballon d’Or, however many are still unsure that the Bayern Munich forward will scoop this year’s prize.
Messi and Ronaldo meanwhile lead the race to win the award, with the final voting to be concluded today.
Matias Messi, Lionel Messi’s older brother, also got involved in the Ballon d’Or debate on Thursday as he took to Twitter to have a make jest at Messi’s eternal rival Cristiano Ronaldo.
He uploaded this picture below yesterday on his twitter account. 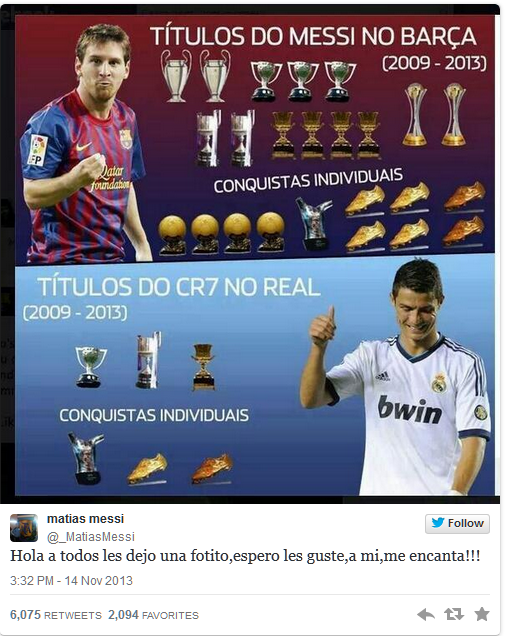 Posted by Football Lovers at Friday, November 15, 2013 2 comments: Links to this post

Ferguson Checks His Watch As United Win At Old Trafford 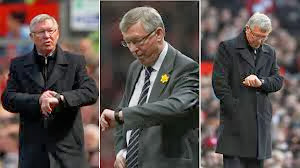 Somethings never change, and Ferguson's reaction yesterday, toward the end of the game was an example.
Perhaps he forgot he his no longer on the side lines but in the crowd like every order spectator, Its true when they say, Once A soldier Is Forever A Soldier.
UP UNITED!!!!

The CNN host, Piers Morgan, showed yesterday that he is not afraid to show his hate for the former Manchester United manager. 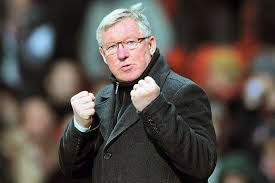 He did this by posting a picture on twitter where his cup of coffee was placed on Fergie's autobiography which was released some weeks ago. It was accompanied with a sarcastic sentence.
Piers Morgan is widely known to be the voice of the Emirate outfit (Arsenal) and a die-hard fan.
However, a true Manchester United fan gave him a perfect response on twitter.
See tweets below. 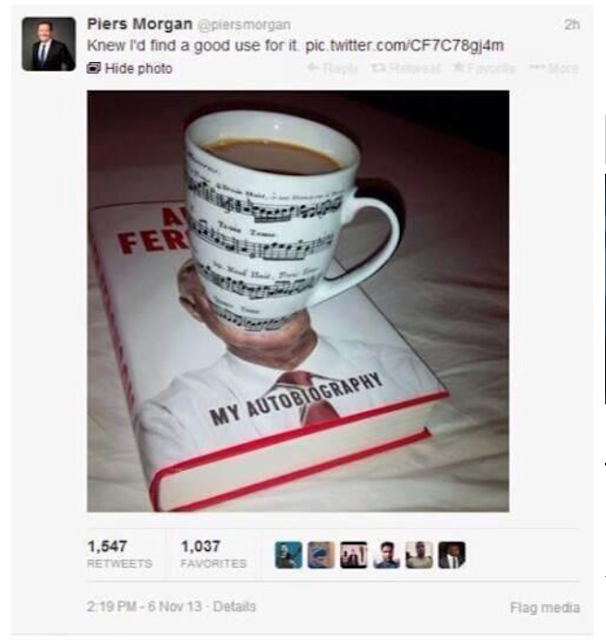 Posted by Football Lovers at Thursday, November 07, 2013 No comments: Links to this post 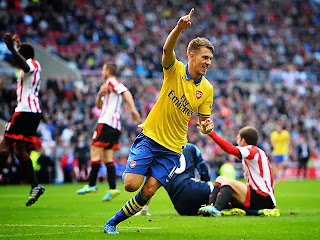 We bring to you the top ten goals of last month, let us know your thoughts about them and which one is your favorite..


Posted by Football Lovers at Tuesday, November 05, 2013 No comments: Links to this post 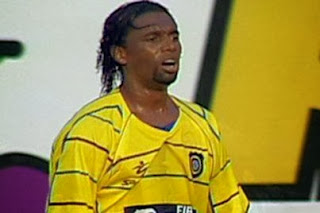 The police unit that Santos's wife belongs to has been involved in a crackdown on Rio's gangs launched by the government to clean up Brazil's main cities before the 2014 World Cup and 2016 Olympics.

Santos, 35, was kidnapped at night as he left the food shop he was running in the district of Realengo after retiring from football.

Early in the morning, his wife heard a noise outside her house and went out to check.
A backpack she recognised as Santos's was on the floor outside of the door. Inside was Santos's head. The G1.globo website reported the assailants had carved out the man's eyes and tongue.
"He was a good family man. He lived for football and played until recently," Bruno Santos, a friend of the victim said. "He had no enemies."
Santos played in several Brazilian teams, mainly in lower leagues and also briefly in Sweden.
He began with Bangu in 1996, before having stints at Olimpia, Nacional and the Swedish club Östers.


Posted by Football Lovers at Wednesday, October 30, 2013 No comments: Links to this post

Mourinho was blessed with Ozil's jersey yesterday after the Capital One game yesterday. 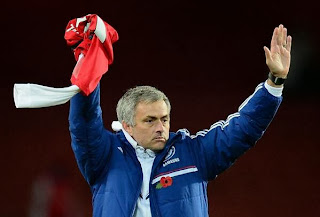 The German International later told reporters, “I gave my jersey to Mourinho because he’s the best coach in the world and I love him like a father.”
See Pictures..

Read more »
Posted by Football Lovers at Wednesday, October 30, 2013 No comments: Links to this post